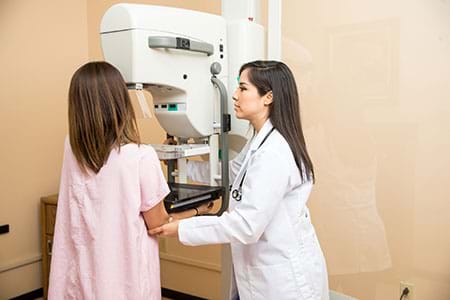 A mammogram is a 2-dimensional imaging tool that uses x-rays to detect breast cancer in women without symptoms. Most women get what’s known as screening mammograms. These imaging tests allow a radiologist the opportunity to detect something new or see changes in your breast tissue.

Mammogram screening guidelines do change and these updates can sometimes be difficult to sort out. There were long-standing recommendations that women get mammograms once a year starting at 40 and check their breasts monthly. But now the US Preventive Services Task Force, or USPSTF, recommends that most women put off their first mammograms until age 50, and then get them every other year instead of annually.

Early detection is the goal of mammograms

There is no one simple message when it comes to when and whether to have a mammogram. Having annual mammograms will not prevent you from getting breast cancer. Mammography will detect some pre-existing lumps, but the technology and the experience are far from perfect. And mammograms do come with some real risks.

Eye on the world: Switzerland’s recommendations for mammograms

The Swiss Medical Board released a report in February of 2014 stating that evidence does not support the conventional thinking that mammograms are safe and capable of saving lives. The Board advised that women should be informed in a ‘balanced’ way, about the benefits and harms of screening.

The Swiss Medical Board recommends abolishing mammography as a mass-screening program due to evidence of harm and the lack of benefit.

Though early detection through mammography is still the most widely available tool we have to fight breast cancer, especially for women at elevated risk, mammography is just one piece of the story. In terms of preventing breast cancer, a lot of research points to the benefits of daily exercise, maintaining a healthy weight, eating soy, and supplementing with fish oil, iodine, and indole-3-carbinol, a compound found in cruciferous vegetables like broccoli.

The USPSTF now recommends that unless women have specific risk factors, they should start mammography screening at age 50 and obtain a mammogram every two years, rather than yearly. Over the past 30 years, mammograms have been shown to decrease breast cancer deaths in women over 50 years of age by 30% but a benefit for women in their 40s was never clearly demonstrated.

The Task Force also recommends women discontinue screening mammograms at age 74. Researchers found that not only did the great majority of women gain no benefit from yearly screening mammograms, some are harmed. Other studies have pointed to over-diagnosis and the emotional toll of false-positives as drawbacks to yearly mammograms.

The American Cancer Society (ACS) now advises women with “average risk” to have their first mammograms at age 45, instead of 40. But other groups, including the American College of Radiology and the Society of Breast Imaging continue to recommend annual mammograms starting at 40. The ACS also suggests that women with average risk who are 55 and older should have mammograms every other year.

The USPSTF recommendations are based on:

False positive: A result that is incorrectly positive when a situation is in fact normal.

False negative: A result that appears negative when in reality there is an issue to investigate or treat.

These recommendations bring the US in line with the protocols followed by most European countries for the last 10 years. Most of Europe does not have higher rates of death from breast cancer than the US.

In another study reported in 2005 in the Journal of the National Cancer Institute, researchers looked back at almost 4000 women in the US between the ages of 40 and 69. It was a surprise when the study found that women who underwent regular screening died at the same rate as those who declined mammograms.

The results suggested there may be a benefit to regular screening for women who are at increased risk for breast cancer due to family history or prior atypical breast biopsy. (See the NCI’s free, interactive Breast Cancer Risk Assessment Tool and be sure to discuss the results with your healthcare provider.)

Is there a “safe” choice when it comes to mammograms?

We all have known someone who has been diagnosed with the disease, or who has died from breast cancer at a young age. Most women are willing to undergo whatever testing is available if they think it will help them beat this frightening disease.

Even so we’re hearing more and more women ask, “Do I really need that mammogram?”

Breast health tips from Women’s Health Network — there’s a lot you can do!

We still don’t know what causes breast cancer or exactly how to prevent it. But there is great research out there on preventive measures to keep your breasts healthy.

And there are some downsides to the test:

Originally healthcare practitioners thought mammograms would help with early detection of all breast cancer, but we now know that there are more than five types of breast cancer. Some grow fast and act aggressively in the body, while others are slow growing. Some types act in ways that make finding them early very helpful, while others do not. And now we know that some forms of cancer might be better off left undetected and untreated.

All of this information makes it important for women to discuss mammograms with a trusted healthcare provider to balance risks and benefits with their own health history and beliefs.

It’s hard to get a quality image of the breast, otherwise known as what author Malcolm Gladwell calls the “picture problem.” In the 2-D world of screening mammography, two black-and-white pictures of each breast are taken. These contrasting views provide some dimension, but not much.

Compression imaging was introduced in the early 1980s, which simplified the mammography process and provided a better view — opening the door to mass screenings. While the radiation doses have decreased significantly since the 1960s, not much else has changed in terms of depth and detail in an average mammogram image. 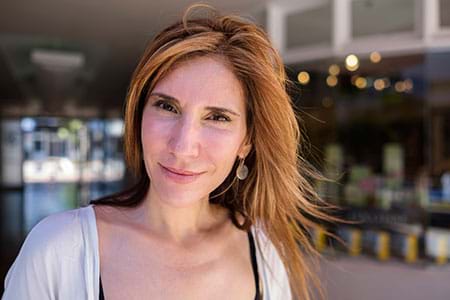 What can a mammogram see?

Mammograms are clearest when imaging “fatty” breasts, which are naturally more prevalent in older women — usually post-menopausal women not on HRT. Higher hormone levels naturally cause breasts to be more fibrous and harder to image on a mammogram — or “dense.” (Perhaps this is the reason mammograms are more beneficial for older women). How your breasts feel to you does not always correlate with how they look on mammograms.

A textbook cancer — one that a medical student could see — would show up on a mammogram as an irregular white shape, often called a mass or a nodule. “Nodule” refers to lymph nodes, the little shapes generally seen higher up in the armpit. The white shape shows up best on a background that is gray or black on a mammogram.

Dense breasts contain a lot of perfectly normal fibroglandular tissue that shows up as white areas on a mammogram. Part of the image problem with mammograms of dense breasts is that the white areas created by those fibrous tissues can conceal a small cancer — like trying to find a polar bear in a snowstorm.

It’s best when women with family histories or other high-risk factors are screened at a breast center where they’re informed of their results quickly and, if necessary, additional imaging carried out right away. If not women should be scheduled right away for follow-up, so the period of waiting without knowing is minimized. If you’re in such a position, you can certainly advocate for having that experience.

There’s a lot of variation in how mammograms are read and human and technological errors aren’t uncommon. That’s why it’s a good idea to get a second opinion whenever there’s a questionable result.

Are there alternatives to mammography?

There are other forms of breast imaging in use and in development today that provide an alternative picture of breast tissue. Some of these imaging techniques are still experimental, some have limited availability, and some are considered more appropriate for diagnostic rather than screening purposes. But you may be able to request an alternative, if your breasts are dense, or you’re otherwise at higher risk, or you do not believe in or want to have mammography.

Sometimes ultrasound screening or magnetic resonance imaging (MRI) of the breasts is recommended as a follow-up to screening mammography. Because these techniques are generally more costly, not all centers provide them and not all insurance policies cover them. Ask your healthcare provider to discuss all your options — and verify your insurance coverage beforehand so you know what to expect.

Many institutions have converted to digital rather than film mammography, where the images are digitized. They can be reviewed on a high-resolution monitor and the contrast and some other image qualities can be manipulated. Computer programs have been developed to help analyze tissue changes that take place over time.

Some alternatives to traditional mammography

Digital mammography offers significant benefits over film for premenopausal women and women with dense breasts, according to a study published in NEJM. A radiologist can view your files from a remote location which is helpful for second opinions. False positives and false negatives are still possible, and digital mammography is still not widely available in some areas.

Thermography, or heat detection, is an old method that newer technology is bringing back. At this point, very few large studies have looked at thermography. We encourage women interested in the test to find an experienced institution that will correlate their findings with other testing. It’s possible to see false positive and false negative results with different practitioners using different types of cameras.

What is the bottom line on mammograms?

Mammography is definitely not as good as anyone wanted it to be — yet, anyway — or as beneficial as we’d like it to be. Mostly, we think we are better off with it than we would be without it. It may be prudent to follow the new guidelines and get a mammogram every other year between the ages of 50 and 74, but it should always be your choice. If you have good reasons not to get regular mammograms, your likelihood of dying from breast cancer is still very small.

What you should take into account is your own individual health picture: your risk factors, age, breast density, and your threshold for anxiety and risk. Some women may be comfortable getting a mammogram only a couple times in their 40s and 50s; others may want more regularly imaging.

Researchers are now studying markers of cancer (or risk of getting it) in nipple aspirate fluid, blood, saliva and urine. Women will benefit if the focus shifts to finding the cause or causes of breast cancer so we can learn how to prevent it altogether. Check out the Army of Women for more information. Feel your
best every day

The latest on breast health