Home / Bone health / The wonders of you 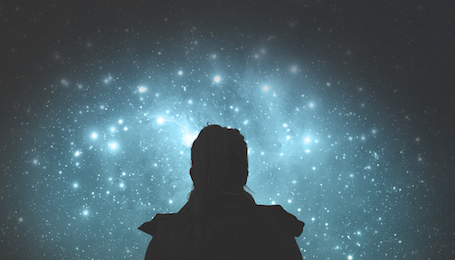 This time of year, many of us meditate on miracles. Hanukah and Christmas are both winter holidays that focus on miraculous ancient events, while for some, the solstice itself — the long night that signifies the transition from year-end to the beginning of a new year cycle — is the only miracle we need to acknowledge. In that vein, I want to honor the many miracles we all have within us.

The miraculous intelligence of the body

The human body is composed of 37 to 100 trillion cells — even the lower number suggests there are 75 times more cells in the human body than stars in the Milky Way galaxy. Trillions of chemical reactions occur in the body each second, all coordinated one with the other. Many cells can produce 1000+ reactions each second, with each cell knowing what every other cell is doing.

As an individual, I can barely walk and chew gum at the same time, but my amazing body effortlessly coordinates trillions of actions and interactions each second. My body has the ability to simultaneously turn a hamburger into blood and bones, mount a war against infection, produce billions of new cells, create a whole new human being, track the phase of the moon, and perhaps even envision a happier world. This is multitasking on a grand scale!

If I could be as strong as my bones

When human bones are healthy, they are among the toughest structures imaginable:

– Your bones are twice as tough as granite.

– Your bones are 4 times more resilient than concrete when stretched.

– Despite this incredible strength, your bones are about 5 times as light as steel.

The sensitivity of our body to its surroundings is also an amazing thing to contemplate. Here are some astonishing facts about our senses:

– The human eye can process 36,000 pieces of information per hour and can distinguish 10 million different colors and 500 shades of gray. The eye is so sensitive that if the earth were flat, one could see a flickering candle 18 miles away.

– Humans ears can distinguish a half a million different tones between the frequencies of 20 to 20,000 Hz.

– Humans have 5 to 6 million odor detecting cells, allowing us to detect over a trillion distinct scents. Approximately 75% of human emotions are triggered by smell.

– The skin contains more than 4 million sensory receptors, and science has determined that a human finger can distinguish textures as small as 13 nanometers in amplitude. This means that on a smooth surface, humans can feel large molecules and single-celled organisms.

– Humans have up to 10,000 taste buds, and our mouths are home to as many as 200 different species of bacteria.

Stand in awe of the body’s abilities

I sometimes wish I could fix things as efficiently as my body does. Each day, our DNA experiences as many as 100,000 breaks per cell, the vast majority of which are spontaneously corrected. Within the skeleton, there are 42 billion living cells buried in bone that communicate with one another, known as “osteocytes.” Osteocytes sense where weak bone needs repair and new bone needs to be laid down. Right now, there are 2 million skeletal sites where pieces of old bone are broken down and new ones are created.

The body also does a better job communicating and developing relationships than I do. Bone cells communicate with one another through a network of tiny vessels that is the same magnitude as the neural network of the brain, containing 23 trillion connections that, set end to end, equal 175,000 km in length — a distance more than half the way to the moon! And these connections aren’t confined to the body’s own cells by any means: The vast majority of cells in the human body are not human cells, they are bacterial cells, and we get along with these 100 trillion or so neighbors quite well.

At its essence, everything in the universe is recycled stardust dating back 13 billion years. As I look at it, it took billions of years to create my magnificent body, so I pray to all the Divine forces that I use it well in the new year and all the years to follow.

“The cosmos is within us. We are made of star-stuff. We are a way for the universe to know itself.” -Carl Sagan