Home / Thyroid health / Why your doctor is wrong about thyroid testing 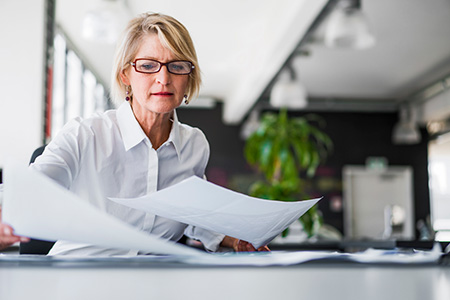 You’re having symptoms of low thyroidfunction — fatigue, weight gain, hair loss, brain fog and more —but your doctor insists that your thyroid test results are within “normalrange,” so your thyroid is fine.

How can that be?

An estimated one in five women aged 60 and older has some form of thyroid dysfunction, yet a huge number of these women will go undiagnosed by their doctors. In this short video, Dr. Mary James explains why the standard thyroidtest, TSH, often fails to accuratelydiagnose hypothyroidism — and she tells you about the two tests that can help reveallow thyroid function, so you can finally restore your thyroid health and start feelingthe way you want to feel.

Scroll down for the transcription.

How TSH results can hide hypothyroidism

Low thyroid function is so common among women that you’ve probably been tested for it when you’ve had symptoms like fatigue, weight gain, or hair loss. Maybe you’ve even been tested more than once — and probably any time you’ve been tested, it’s been with a TSH test.

Did your doctor ever tell you that your thyroid was normal based on TSH test results, but you continued to feel lousy?

Well I’m going to tell you why, in too many cases, the TSH test is unreliable — in which case you could indeed be hypothyroid, but it’s going undetected.

As a brief reminder, your pituitary pumps out TSH when your thyroid hormones are too low. And just like its full name suggests — Thyroid Stimulating Hormone — TSH works to kickstart your thyroid into making additional thyroxine (T4). It’s one of those amazing feedback loops in the body, and it works great — until it doesn’t.

Here’s the issue: the TSH relies on a perfectly functioning pituitary gland. Unfortunately, a lot of chronic problems — like high cortisol from stress — can cause overall pituitary suppression.
It’s kind of like your pituitary is wearing earplugs and it can’t hear the hypothalamus telling it to give your thyroid a nudge. So what should be a high TSH on your test now looks normal, and your doctor says “Great! Your thyroid is normal.”

“The standard TSH range could be missing as many as 75% of people with low thyroid.”

Here is another problem: the TSH test has a wide reference range. The 13,000 people who helped establish that range? Well they appeared healthy enough, but it turns out that a lot of them had autoimmune hypothyroidism — it just wasn’t obvious yet.

Interestingly, when the TSH numbers from all of those subjects are taken out of the calculation, that reference range shrinks. Instead of an upper-end cut-off of around 5, it drops to 2.5. Experts have suggested that the standard TSH range could be missing as many as 75% of people with low thyroid.

So if your TSH is 2.5 or higher, and you have symptoms of low thyroid, ask your doctor for some additional thyroid tests, like Free T3 and Free T4. By taking these tests, you also get to see how well T4 is converting to triiodothyronine (T3), your primary thyroid hormone. Many factors can interfere with this T4 – T3 conversion, like illnesses, nutritional excesses or deficiencies, environmental toxins, other hormonal imbalances in the body, and even some medications. Chronic stress alone can interfere.

And if you see that T3 is low compared to T4, you are not only identifying low thyroid function, you also now have a clue that something else might be going on that’s affecting your health.
So, the next time your doctor suggests checking your thyroid, ask for these extra tests on top of TSH. They use the same blood specimen, and they just might help uncover a problem that would have otherwise gone unnoticed. Then you can get on to the business of feeling better! If you work with an integrative or naturopathic doctor, these tests are typically standard.

I hope this helped. I’ll talk to you next time!

The latest on thyroid health

See all articles on thyroid health