Home / Other women’s health / Is genetic testing a good idea? Genetic tests are widely advertised these days, promising all sorts of information.The health information ranges from the insignificant (the likelihood of your urinestinking after you eat asparagus) to life-or-death (your risk of developing canceror dementia).

Until recently, all genetic tests were available only through your doctor, so youcould discuss your questions with her. But now many tests can be ordered bythe consumer directly from the lab. But are these tests worth it? Are they reliable?If a DNA test told you that you were at risk for a particular disease, would youwant to know about it? Let’s look at the pros and cons of genetic testing so youcan decide if it’s right for you.

When genetic testing can be useful

A great thing about the Human Genome Project is that it blew up the myth that ourgenes are our destiny. In other words, environmental influences are just as important.It also underscored the fact that we’re all unique. No one diet or exercise protocolor medication works the same way in everyone, and genetic differences are a bigreason why.

We’ve learned a lot about how genes influence health. Here are some important examplesof when knowledge from genetic testing becomes power over your health:

The list goes on. Bottom line, there are real benefits to getting to know your ownDNA — not because our genes are our destiny, but because testing lets us know howour choices affect our health — hopefully for the better!

But first, a few warnings about genomic studies

Genomics is a young science. The Human Genome Project was completed in the year2000. That’s pretty recent compared to, say, the discovery of the Germ Theory ofDisease in the mid-1800s. Because the science is young, new clinical research ongenetic variants surfaces daily. Some studies are solid, while others are weak.And clinical effects of DNA variants can vary significantly depending on the populationgroup or ethnicity. Moreover, while some new studies confirm previous findings,other studies contradict them.

Not all DNA variants (a.k.a. single nucleotide polymorphisms or SNPs) affect physiology.Some SNPs profoundly impact function and others only slightly. When a new and clinicallysignificant SNP lands on the horizon, it’s tempting to attach too much significanceto it and assume it’s the only SNP or factor that influences that function. Thegenetic variant, ApoE4, is sometimes referred to as the Alzheimer’s gene. WhileApoE4 does increase your risk of the disease, it does not dictate that you willdevelop it, and it’s not the only gene that influences your risk. For example, anentirely different gene than ApoE is associated with risk of early-onset Alzheimer’s.

The strength of these correlations between genes and health outcomes also dependson the depth and quality of the underlying data. In many cases, there isn’t much.If you are from a large ethnic group that has been extensively tested, the datamay be pretty good. But most of us are blends of “gene pools,” so the assessmentsof risk can be crude at best. We also can’t assume that a DNA variant will havethe same effect in Caucasian women that it’s been shown to have in Asian women,for instance.

Perhaps the biggest qualifier of all is that through the Human Genome Project welearned that genetic expression is subject to change. In effect, genes are turnedon and off. It appears there are thousands of factors that cause such changes, includingdiet and emotional experience. This means we need huge amounts of data about hugenumbers of variables to make real risk associations — and we are still learningwhat the variables are.

So, let’s take what genetic tests tell us with a big grain of salt. Consider theinformation, but also keep in mind that we will continue to learn much more overtime about the influence of different genes on our health. 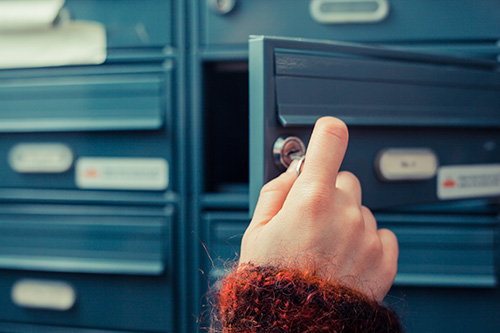 Reasons to be cautious about direct-to-consumer genetic testing

Any company providing a clinical interpretation of your DNA results, especiallyones that include treatment recommendations, should be committed to giving you balancedand accurate information. A key requirement is to stay on top of the research. Ispeak from experience, as I used to do just that for a laboratory that providesgenetic testing.

Some companies not only give you DNA results, but also personalized recommendationsfor nutritional supplements. Some carry their own product line; others partner withsupplement companies. Many of those recommendations might be based on research findingsthat don’t vary over time, even in the light of new research. So be wary of theseconflicts of interest. You don’t want to commit to a lifetime of supplements thatyou might not really need.

Genes are only part of the picture

I recently met a woman who had just gotten a double-mastectomy. Not because herbreasts contained cancer, but because she feared that they might at some point.Two of her blood relatives had died from breast cancer. Feeling scared, she got tested and learned that she was positivefor a mutation in one of her BRCA genes, commonly referred to as “the breast cancergene.”

Her fear was understandable considering her family history. But we now know thatgenetic predisposition is not the same as destiny, even if that’s our worst fear.In terms of breast cancer, only 5-10% of all cases are actually hereditary. Oneout of every 500 women is positive for one of the BRCA mutations, the most commoncause of hereditary breast cancer. Half of those women will develop the diseaseby age 70.

Pretty scary, right? Well, let’s look at it another way — this also means that 50%of those women with a BRCA mutation never develop breast cancer. Why the difference?The answer is environment.

While your genotype, or the collection of DNA you inherited from your mother andfather, does influence your risk of developing certain health conditions, it’s stillonly that — an influence. What determines your “phenotype,” or outcome, is alwaysa combination of genes and environment. We’re just beginning to understand how environmentaffects genetic expression, for good and ill. And it’s clearly the “environment”part of the equation that we have control over. 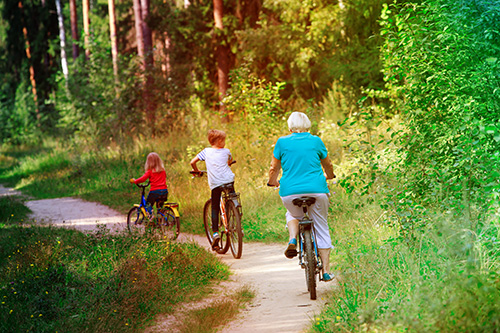 In 2010, a group of investigators examined whether three DNA variants (PPARG, DRB2,and FABP2) that influence fat and carbohydrate metabolism could affect weight lossin overweight women eating different kinds of diets. The study’s results were impressive:after 12 months, the women with the “low-fat-responsive” genotype lost more weighton a low-fat diet compared to those eating a low-carb diet (similar results in the“low-carb-responsive” group). This looked like a fantastic way to personalize weightloss programs.

Just recently, though, the same investigators repeated the study with a larger groupof overweight subjects and this time observed no differences between genotypes.Why were these results different from the first study? Reflecting back on their2010 study, the researchers observed that several of the women on genetically matcheddiets who lost more weight had also been fanatical about exercise and calorie-counting,whereas several women on genetically mismatched diets had experienced life stressorsthat contributed to emotional eating and weight gain. In other words, environmentalfactors — broadly defined — made all the difference

This is not only a reminder of the role of environment in health outcomes, but alsothat research can change over time. Some companies still advertise these SNPs asa way to determine the ideal diet for you over your lifetime. But the interplaybetween your genes, your environment-behavior and your health is much more complexthan that.

Thanks to significant advances in the field of genomics, you can learn almost anythingthese days about your own DNA. And the cost of mapping your DNA has fallen likea stone. But the science is young, so the research is still evolving almost daily.

Some of the genetic tests being marketed are frankly not quite ready for prime time.Your own family history may help point to some useful genetic markers. If an inheritabledisease runs in your family, consider getting tested for the genes associated withit. (And remember that a positive test doesn’t automatically mean that you’ll developthat condition.)

Check on the quality and licensure of any company you’re considering getting a testfrom. After all, if you’re going to hang your hat on genetic results they hand you,you want to make sure they’re accurate! You might ask them how they stay on topof the research, how often they update their commentary and how many people withyour profile are in their database.

Tests for genetic variants known to impact health, including through their interactionswith diet and lifestyle, can provide some useful information to you. But remember— environmental factors have the largest impact on your health. It’s useful to getarmed with genetic information about yourself, but then use that information totake the best possible care of yourself.