Reviewed by Dr. Amber Hayden, DO 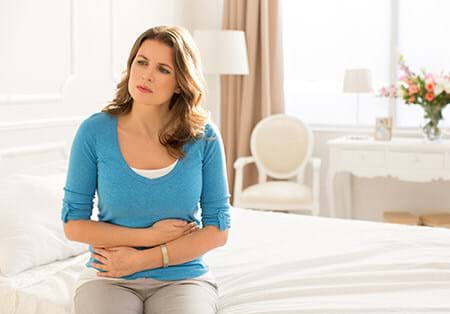 Menorrhagia, or heavy menstrual bleeding, causes women to soak through a single pad or tampon in a single hour for several hours or more. It also includes situations when a woman bleeds for more than a week and a half each month. You are considered to have hypermenorrhagia if you soak through two or more pads or tampons an hour.

This type of excessive menstrual bleeding can be very troubling and, as any woman knows who has experienced it, terribly inconvenient. In fact, menorrhagia is so difficult to manage that it is a leading cause of elective hysterectomy.

The underlying cause of heavy periods is frequently hormonal and/or nutritional imbalance related to diet, lifestyle and/or stress. This means that in many cases, heavy menstrual bleeding, like most other menstrual irregularities, can often be relieved without surgery.

Your heavy periods: is there a pattern?

Nearly all women experience heavy bleeding at some point. If your periods are on the heavy side but fall into a pattern on a cyclical basis, this type of bleeding may actually be normal, if annoying and uncomfortable, for you. If you have some irregularities in your flow that disappear the following month, it’s likely that nothing too serious going on, though you should be assessed for possible pregnancy.

In general, one or two “odd” periods a year is considered normal. But if you experience excessive menstrual bleeding for two consecutive months, or if your periods are heavy, ongoing and erratic, check in with your health-care provider.

Signs and symptoms associated with menorrhagia and hypermenorrhagia include:

It’s important to track down the cause of menorrhagia so you can find the best solution. Causes of menorrhagia vary widely, but there are several common sources:

It’s rare but sometimes monthly bleeding issues are traced to a coagulation problem (coagulopathy) or other blood-related (hematologic) causes. For example, genetic variants such as Von Willebrand’s disease, factor VIII, or factor XI deficiency are relatively uncommon, autosomal (non-sex chromosomal) traits that may be suspected in a woman who has had heavy periods since menarche, bruising issues, or prolonged bleeding after surgery, childbirth or trauma.

Since heavy periods or dysfunctional uterine bleeding (DUB) may be the only sign of one of these genetic traits, they frequently go undiagnosed. Simple blood testing can easily identify genetic variants of this type, though you may have to ask your healthcare provider about it if you think you fit the description for a clotting disorder.

Treatment for menorrhagia — what to expect

The first concern for women with menorrhagia is anemia. A complete blood count (CBC) can show if you need to add an iron supplement and more hormonal support. If your hormone levels are low in perimenopause, it’s a good idea to try a combination of nutritional supplementation and endocrine support. If your practitioner thinks you really need to get your bleeding under control, the first choice may be a synthetic form of progesterone like Aygestin or Provera.

Most heavy periods can be controlled effectively with diet and exercise modifications, along with a medical-grade nutritional supplement and progesterone support. Targeted phytotherapeutic support such as our Herbal Equilibrium can help keep estrogen-to-progesterone levels more stable as you cycle through the months.

To improve the ability to resolve menorrhagia, it’s best to place equal weight on the impact that both emotions and stress may be having on your hormonal cycles. This means supporting your body as necessary, including addressing ongoing emotional issues, and making adjustments in your daily patterns to reduce stress and its effects.

Once true hormonal balance is restored, your body usually resumes its normal menstrual cycles — without your having had to resort to extreme measures like surgery. 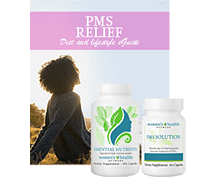 The latest on PMS & menstruation

See our products for PMS