Home / Depression, anxiety and mood / What is postpartum depression, and how do I know if I have it?

Identifying postpartum depression, or PPD, is not always simple. There are many situations in which women develop symptoms of depression after giving birth, but we can make two main distinctions:

1. A woman is mildly depressed or highly stressed before she has her baby, and after delivery, the hormonal fluctuations of childbirth and the stress of caring for a newborn push her over the edge into full-blown depression. This is not technically PPD. This is an episode of depression that was present or imminent before the baby’s birth and continues afterward.

2. A mother’s moods are relatively stable and upbeat prior to giving birth but spiral downward afterwards — often within a matter of days but sometimes over the course of months. In this case, the depression is very clearly connected to postpartum hormone fluctuations.

The exact number of women who experience true postpartum depression is hard to know. Many women hide their negative feelings both before and after giving birth, and fatigue, sleep problems, pain, inflammation, and other postpartum issues can blur the boundary line with depression. An estimated 70–85% of mothers report mild “baby blues” within the first few weeks of birth, while just 10–20% experience the longer-lasting, deeper PPD. A very few women develop the severest form of postpartum psychiatric illness, known as postpartum psychosis when the mother loses touch with reality and can deliberately or inadvertently harm herself or her child.

When trying to determine whether a mother is suffering standard, short-term baby blues or a bout of PPD, these questions can help:

Identifiers of the baby blues

Typically, women with more severe symptoms or symptoms lasting longer than two weeks should be screened for PPD. That’s the time for questions like these:

When a new mother says she’s depressed, it’s important to determine how she felt before she had the baby. That can be a clue as to whether the depression is a long-standing issue just coming to light, or is a new problem related to hormones. And this is an important distinction because often pre-existing depression will respond to different types of therapy than true PPD.

How a woman feels during pregnancy is also significant. A strong indication of hormone-based PPD is when a new mother with depression tells us that pregnancy was wonderful and she felt better than ever, and then describes a sharp contrast between the euphoria she felt in pregnancy and the lows that came afterward. This is usually a signal that her hormones, particularly progesterone, may be imbalanced.

Any form of depression has both physical and emotional components, and postpartum depression is no exception. Fluctuating hormones heighten your emotions after giving birth, and these fluctuations continue for far longer than four weeks particularly if you breastfeed. This situation is compounded by the fatigue, discomfort, and sleeplessness of the first days and weeks after childbirth. It can feel especially lonely at night, when the new mom is the only one awake to care for the baby. Nights and days as the only provider make this even more difficult for single moms.

If the baby isn’t sleeping well (or at all), has health problems, is premature, or is prone to fussiness, it takes an even greater toll on a new mom. She may already have conflicting emotions about her new role as a mother, particularly if her own mother was distant, absent, or abusive. All of these factors contribute to feeling depressed after giving birth.

The American Psychiatric Association’s Diagnostic and Statistical Manual of Mental Disorders —commonly known as the DSM-IV —classifies postpartum depression as Major Depressive Disorder with Postpartum Onset. The DSM-IV also says that symptoms must appear in the first 4-6 weeks following the birth. Unfortunately many new moms do not experience symptoms until well after this time frame. There is also some recognition of depression that begins during the pregnancy (peripartum-onset), holding over into the postpartum period. Treatment recommendations can include using drugs such as Prozac or other SSRIs that may not be effective for true PPD. Antidepressants often just mask symptoms in women who have issues with hormonal balance.

There’s plenty of research into standard depression, but less for PPD, which isn’t “just” depression that happens to occur in a new mom. PPD is different from standard depression because the state of women’s bodies and their individual hormonal balance after childbirth are not the same as in non-pregnant women.

When it comes to treatment, most conventional practitioners will approach PPD as if it is standard depression, which may not be effective, leaving aside the fact that drug therapies for depression have unknown effects on nursing babies. There are ways to address the imbalances of PPD naturally and most of these therapies are effective in helping women who have moved past their PPD experiences, but still feel “off” even years after childbirth.

For women with PPD, natural approaches can lead to better mood and hormonal balance. These include:

PPD is usually resolved quickly if you get good nutrition, rest, exercise, emotional support and, if needed, progesterone or drug therapy. The most important factor is letting people know how you’re feeling: ask for help. Don’t become isolated — reach out to friends, family, or social services if you’re overwhelmed by your depressed mood. The people who care about you will want to help. 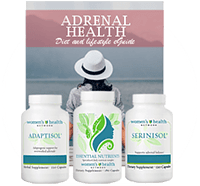