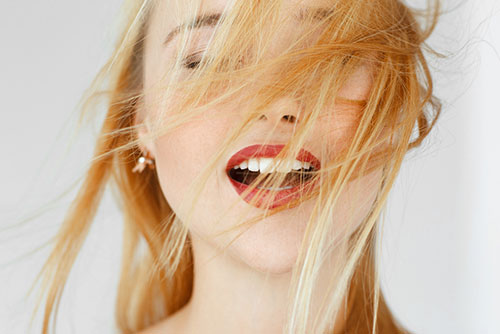 For far too long, a woman’s sexual response has been assumed to function identically to a man’s. Because research and medications have focused primarily on men, women’s sexuality has remained somewhat of a mystery. It’s probably no surprise that women’s sexual response is more complex than men’s. Nor is it a surprise, given that complexity, that the pharmaceutical industry is having a hard time creating a female version of Viagra.

Unlike men, women often don’t experience baseline lust in between having sex. By using men as the norm, women are considered ‘abnormal’, resulting in the diagnosis of “hypoactive sexual disorder” for one third of us. In my opinion, this label does the opposite of turning women on. It makes us feel as though something is wrong with our bodies.

Although some women have legitimate difficulties surrounding certain aspects of sex (i.e. lubrication, physical comfort, orgasm), more often than not there is nothing wrong with women’s bodies when it comes to sex; we’re simply unique! Compared to a man, our sexual response is typically less linear, more influenced by emotions and thoughts, and more complex — and there is nothing wrong with that!

Anatomy of arousal — how women are unique

Here’s the linear model of arousal that applies well to men:

Women, of course, can experience these same stages, but they tend to overlap more, or may even be skipped. For example, initial arousal may be absent despite a conscious motivation to have sex with a partner; and genital engorgement can be present in a woman without any subjective experience of arousal. This arousal typically builds only after lovemaking is initiated.

Interestingly, women in long-term relationships — even satisfying ones — are often the most challenged by lack of baseline desire. A woman with a new romantic partner following a period of abstinence may surprise herself by “coming to life!” Although thoughts and emotions can also influence a man’s sexual response (e.g., performance anxiety can be a ‘downer’ for an erection), they’ve been found to play a much larger role, in general, in women — whether it’s amping up arousal, or sending it crashing with a thud.

Why am I not in the mood?

Feeling close to a partner fosters sexual excitement, whereas feeling disconnected or lugging resentments into the bedroom can snuff out sparks of arousal within seconds. Common interference can come from:

Conditions and medications that act as sex “downers”

Body image (what woman doesn’t grapple with this one?) has a huge impact on a woman’s sexual response. One study found that women, aged 35-55, generally considered themselves more attractive when they were 10 years younger (no matter their current age). This reminded me of when I’ve thought to myself, “If only I’d known I was attractive 10 years ago!”, not thinking, of course, about how I’d likely be saying the same thing to myself in another 10 years! Not surprisingly, the study also found that a woman’s perception of her attractiveness directly correlates with her ability to feel sexual desire, excitement, and orgasm. Put simply: poor body image fosters low arousal.

What happens to sex in menopause?

Menopause can pose its own unique challenges to sexuality. Aging, in general, as well as potential changes in body weight or shape, can make body image more of an issue at this time for many women. A decline in the sex hormones testosterone and DHEA can have a direct impact on arousal, excitement and orgasm. Diminishing estrogen reduces vaginal lubrication and thins the genital tissues, either of which can make intercourse painful for some women. Although these may be alleviated by natural hormone replacement therapy (vaginal or systemic), such considerations should be discussed with your healthcare provider. Meanwhile, using lubricants, engaging in more creative sex play (with less focus on intercourse as the goal), and embracing an overall broader definition of intimacy with one’s partner can help maximize sexual satisfaction for women. There’s no reason it can’t get even better over time, even if it takes a different form!

Although a woman’s arousal often starts out neutral compared to that of a man, the same physical mechanisms apply once engaged in lovemaking. Increasing sexual excitement and orgasm depend on increased genital blood flow and smooth muscle relaxation. These functions are controlled by our parasympathetic nervous system, and inhibited by our sympathetic nervous system (our stress response!). Sexual arousal is also modulated by hormones and mediated by both neurotransmitters (e.g., acetylcholine, neuropeptide Y, and vasoactive intestinal polypeptide) and nitric oxide (which dilates blood vessels and regulates smooth muscle contraction).

Assuming that the mind and emotions are on board and we’re ‘in the mood’, an increase in sexual excitement during genital stimulation is expected, but is much more reliable when these various chemicals are all in balance.

Oxytocin does not directly impact arousal, but it’s released during sexual activity and orgasm and facilitates bonding with our partner. Dopamine is our ‘reward’ neurotransmitter, enhancing sexual pleasure including arousal and orgasm, and encouraging us to ‘seek out’ sexual satisfaction as one of life’s ‘rewards’. Serotonin, in contrast, can inhibit arousal — possibly one reason why antidepressants targeting serotonin can decrease our sexual response.

As you can see, sexual arousal is a complex, physiological event! But remember, our bodies are wired to do it and the more we do, the easier it is to become aroused.

Ramp up your pleasure naturally

Several nutrients and herbs can enhance our normal physiological responses during sex. This means your body can become more quickly aroused, experience heightened pleasure and perhaps a more intense orgasm. Here’s what to look for:

If you’d like to try a diverse approach, all of these herbs can be found in our herbal libido enhancer, Arginelle. Women love this product for its ability to increase sensation, improve responsiveness to stimulation and amp up pleasure.

It should be no surprise that chronic stress, sleep deprivation, and fatigue can put a damper on sex drive. Managing our stress, getting a good night’s sleep, eating a healthy diet, whole-body breathing and regular exercise should all be priorities, so that everything works better.

It’s also been suggested that the most powerful aphrodisiac is our brain. Fantasy can be a huge source of stimulation and taking the risk to voice our needs and exercising open and honest communication with our partners fosters an intimacy that can also inspire sexual connection. Beyond that, practicing romance with our partners through small gestures throughout the day, and doing our own work to acknowledge the womanly beauty in ourselves — no matter our age — can only enhance our sexual response and satisfaction. For more information on increasing desire, see our interview, Steamier sex without the guilt and shame with Barbara Carrellas.

Just because women differ from men, doesn’t mean that there is anything wrong with you! Given the right tools, more pleasure lies just around the corner. 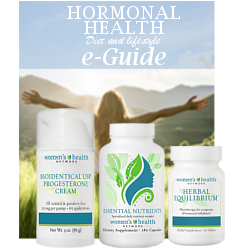