Home / Brain health and memory / Traumatic memories – can we really forget them? 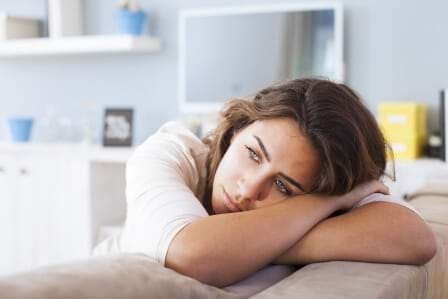 Most of the time your brain is just trying to help, really it is. But sometimes, in the interest of physical and emotional survival, your brain does unspeakable things to your memory. After (and sometimes during) a traumatic incident, your brain will suppress, re-categorize or swap out the memory of that event so you can muster the strength to pick yourself up and move on.

Your body, mind and survival instinct are so deeply entwined that whatever occurs to one affects the others, whether you realize it or not. More often than you know, your brain uses the fight-or-flight mechanism in response to pending physical danger or extreme emotional stress.

In other words, your brain has mechanisms that tell your body to do whatever it must to keep you alive and thinking straight. And the stakes are high.

When forgetting is good: how (and why) your brain suppresses bad memories

If you undergo trauma or abuse, you need to heal physically but you’ll also need a few repairs to mend your mental and emotional health. In some cases, your brain can change bad memories to shield you from the aftereffects of pain, abuse or trauma. It’s a kind of “voluntary-but-invisible” forgetting that’s very effective.

Your brain also uses a couple of tricks to prevent bad, sad and awful memories from bubbling up: thought substitution and direct suppression. Each action uses a different mechanism but accomplishes the same goal: they functionally “break” the recall process so you can’t conjure all the pieces your brain needs to assemble the full memory. Then the real memory is forever altered, along with its devastating emotional consequences.

With suppression, your brain squashes a memory by tamping down activity in the hippocampus, an area that helps retain memories. Thought substitution taps other brain areas that pull a switcheroo with some of the more forgettable details of the event so the memory gets fuzzier almost immediately.

By disguising or burying miserable memories, your brain can help you get over a terrible event and heal, though it’s likely to change the way you remember on a larger scale. Even if they knew their brains were making these kinds of radical choices, many people would still say it’s a reasonable trade-off.

But you may not be able to outrun the unhappy effects forever. Even when you can’t consciously remember past trauma or abuse, it may well show up later as anxiety, depression or post-traumatic stress disorder.

Trauma and abuse often involve bad visual memories that stalk you long after the event has become ancient history. Unintended retrieval of these memories — disturbing images from the past pop into your head uninvited and unannounced — can affect your mental health and infiltrate your sense of wellbeing.

Even though you are consciously aware of these memories, they also leave an imprint on your unconscious — known as a “trace memory” — that can be reactivated accidentally.

A recent research study suggests that you can consciously ban images from your memory by actively trying to forget them. It may seem counterintuitive because usually when you try to put something out of your mind — you can’t think about anything else!

But study scientists found that trying hard to forget an image closes down brain areas, like the visual cortex, that help you consciously picture that memory. Then, as the conscious memory fades, so will the unconscious trace of that memory. This could make it harder for a visual memory to be triggered in the first place because little pieces of it keep falling away.

So it’s conceivable that you might be able to train your brain to begin erasing those memories that jeopardize your ability to live happily in the present. The truth is, your brain has several methods for managing miserable memories, and you may or may not have control over which one is selected.

We know for certain that your brain wants you to be healthy, strong and alert, but it also has a vested interest in helping you feel happy and content. Most of the time, your brain is doing its level best to take care of you mentally, physically — and emotionally.

So, here’s to forgetting what you don’t want to remember.

The latest on brain & memory health

All articles on brain and memory health
Forgetfulness?
Fuzzy thinking?

See our products for brain health