Home / Nutrition / The dangers of Splenda and other artificial sweeteners Are the potential dangers of Splenda® Sweet’N Low®, NutraSweet® and other artificial sweeteners worth it when we need a little help to eat less sugar?

Here’s how to stop sugar cravings.

See how sugar affects your hormones and your weight, plus 8 steps to stop sugar cravings. Read more.

Curious what sugar is doing to your hormones?

How to balance your hormones and reduce symptoms without cutting sugar out completely. Read more.

After all, we’re hearing more and more about how harmful regular white sugar is, so the claims make Splenda out to be the perfect substitute: with the sweetness of sugar but without the calories, surge in insulin, side effects or harm to your health in the long-term.

Well, these claims are far from the truth and we’re so happy you’re here questioning the effects that Splenda has on your health. We’ve quickly learned throughout the last several years that Splenda has dangerous effects — some experts have even said that Splenda has more in common with a pesticide known as DDT than with actual real food.

We want you to be fully informed about the dangers of Splenda (which isn’t what food marketers want!) and other artificial sweeteners so you can make the choice that’s right for you — and your family. Plus, we’ll give you some healthy natural sweetener options to incorporate in your diet instead.

Splenda, aspartame and saccharin — are any of them safe?

“Low-sugar” food is everywhere, especially since we now know that “low-fat” has actually made many of us gain weight and be less healthy. But since we also know that we should avoid sugar, what are we supposed to do if we are trying to cut it out of our diet to lose weight? Which is better — sugar or an artificial sweetener like Splenda, aspartame or saccharin?

Splenda, the marketer’s name for sucralose, is a synthetic compound that’s used in more than 4,500 products. While the molecule is made of sucrose (sugar) — three of the hydroxyl groups in the molecule have been replaced by three chlorine atoms. This is where the comparisons to DDT come in. After all, it was developed by scientists looking for a new pesticide, and the bonds holding the carbon and chlorine atoms together are more characteristic of a chlorocarbon than a salt — and most pesticides are chlorocarbons.

Once it gets to the gut, sucralose goes largely unrecognized in the body as food — that’s why it has no calories. The majority of people don’t absorb a significant amount of Splenda in their small intestine — about 15%. Your body tries to clear unrecognizable substances by digesting them, so it’s possible that the healthier your gastrointestinal system is, the more you’ll absorb the chlorinated molecules of Splenda.

Evidence is building about the side effects of Splenda and sucralose:

What’s more, the manufacturer’s own short-term studies showed that very high doses of sucralose (far beyond what would be expected in an ordinary diet) caused shrunken thymus glands, enlarged livers and kidney disorders in rodents. Finally, as a product Splenda is made up of more than sucralose. It also includes dextrose, and sometimes maltodextrin, neither of which were included in the original studies and trials of sucralose. So the reality is that we are the guinea pigs for Splenda.

Aspartame is the main ingredient in Equal and NutraSweet, and a common ingredient in most diet sodas. Research shows that aspartame use can result in an accumulation of formaldehyde in the brain, which can damage your central nervous system and immune system and cause genetic trauma. The FDA admits this, but claims the amount is low enough in most of what we eat and drink that it shouldn’t be a concern. Isn’t any amount of formaldehyde in your brain too much?

Aspartame has had the most complaints of any food additive available to the public. It’s been linked with MS, lupus, fibromyalgia and other central nervous disorders. Possible side effects of aspartame include headaches, migraines, panic attacks, dizziness, irritability, nausea, intestinal discomfort, skin rash and nervousness. Some researchers have linked aspartame with depression and manic episodes. It may also contribute to male infertility.

Almost all of the independent research into aspartame found dangerous side effects in rodents. The FDA chose not to take these findings into account when it approved aspartame for public use. Over the course of 15 years, those same side effects increasingly appeared in humans. Not in everyone, of course — but in those who were vulnerable to the chemical structure of aspartame.

Saccharin was the first widely available chemical sweetener and is still in some prepared foods, gum and over-the-counter medicines. Remember those carcinogen warnings on the side of products that contained saccharin? They no longer appear because industry testing showed that saccharin only caused bladder cancer in rats. Most researchers agree that in sufficient doses, saccharin is toxic in humans. 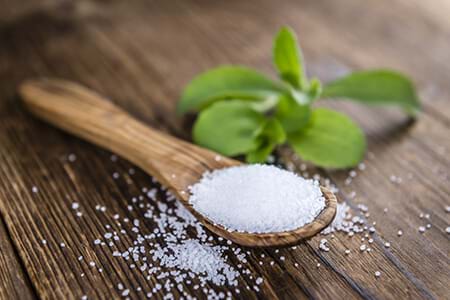 Stevia is popular plant-based sugar substitute. The FDA approved its use as a food supplement, but not as a food additive due to a lack of studies. Unfortunately, there has been little long-term research done about the risks of stevia. One study did find high dosages of stevia causes mutagenic cellular changes in lab rats, so this shows more research is definitely needed.

Stevia can be used for anything you might use sugar in, including baking. It is naturally low in carbohydrates. It’s 200-300 times sweeter than sugar, so just a small portion of stevia will sweeten even a strong cup of tea.

Why are sugar substitutes so dangerous?

As food additives, artificial sweeteners don’t have to go through the same FDA safety trials as pharmaceuticals. Most of the testing is funded by the food industry, which clearly has a great interest in the results. Both of these situations can lead to claims that can be misleading or confusing to the people who are actually using the product.

One thing is definitely clear – some of the chemicals that comprise artificial sweeteners are known hazards. The degree to which you experience side effects just depends on your individual biochemistry. Manufacturers want us to be okay with the idea that our body won’t absorb very much of these compounds at any one time. And many of us don’t. But what happens if we do?

When making your choice to use artificial sweeteners or not, we recommend that pregnant women, children or teenagers avoid them because of possible irreversible cell damage. If you decide to use them, pay attention to your body and your cravings. Once you start tracking your response to artificial sweeteners — whatever one you choose — it may surprise you.

Why is real sugar a problem?

Sugar is a dream ingredient for food manufacturers: it’s cheap, it adds bulk and texture, and consumers love the taste. Sugar is in almost everything, from simple carbohydrates to pure granulated sugar, and in other forms like dextrose, fruit juice concentrate, maltodextrin and high-fructose corn syrup (which has been getting a lot of attention!). Sugar’s empty calories take the place of real nutrients — so while we eat and gain weight, we’re actually starving our cells.

According to the US Department of Agriculture, the average American gets 140 pounds of caloric sweeteners per year. That’s 43 teaspoons every day! The USDA recommends an average of 10 teaspoons a day for a healthy adult (still a lot). The biggest sources are the corn sugar and corn syrup found in beverages like juice drinks and soda, but sugar is also found in ketchup, salad dressing and other unexpected places.

The health effects of sugar

There’s been a lot in the news about the harmful effects of sugar, with everything from weight gain to disease. The huge increase in sugar in our diets this past century matches the epidemic increase in metabolic diseases.

Sugar is addicting too. A sugar craving (which is really a craving for an energy and serotonin surge) becomes a habit. What’s more, this process is exacerbated by stress — because that’s when your body needs immediate energy and serotonin. You may be putting your body through the binge-crash cycle several times a day. Your fatigue tells you to have that extra cup of coffee or high-carb snack at mid-morning and again in the afternoon.

Blood sugar spikes and insulin surges can lead to:

Choose from these natural sweeteners instead

Your safest bet when it comes to sweeteners is to choose from these natural sweeteners we’ve listed below, but remember everything in moderation is always key to optimal health. 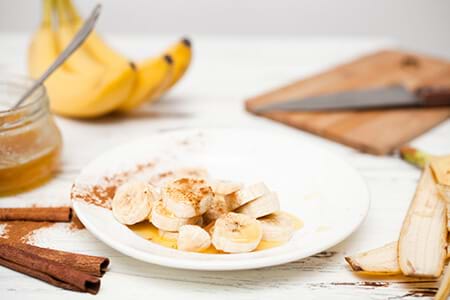 Kobylewski, S., & Eckhert, C. D. (1772). Toxicology of rebaudioside A: a review. Center for Science in the Public Interest. 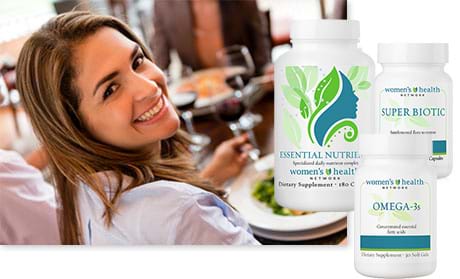