Home / Fatigue and insomnia / What’s keeping you from your best sleep? 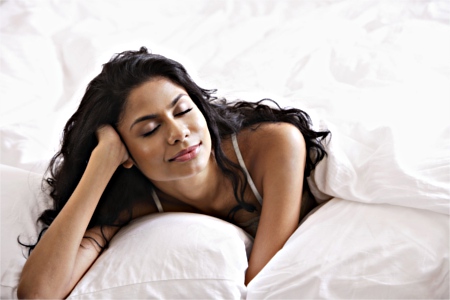 Struggling with disrupted sleep, insomnia and other sleep issues? Find out what our experts recommend you do to get better sleep. Watch the video below or read on to get key tips taken from our experts’ conversation with Kate, a Nurse-Educator at Women’s Health Network.

Why is sleep so important for our physical and mental health?

Kate: Why don’t we jump right into the topic of sleep? Mary, do you want to get it started by telling us why sleep is so important for our physical and mental health?

Dr. James: It’s a great question because I think the value of sleep is really underestimated by so many people in this productivity-driven society.

I think some of the most noticeable benefits are on the brain:

One thing I found really fascinating was a study – an animal study but it might be extrapolated to us – where they found that the brain actually detoxes and cleanses itself of toxins during sleep. The brain is the only organ that’s not part of our lymphatic system so it can’t take advantage of that kind of drainage of toxins. It’s only during sleep that the cell volume changes to allow the cerebrospinal fluid to seep in, gather up the toxins and move them out into the bloodstream.

There are also systemic effects from sleep. Sleep deprivation can increase the risk of immune problems, cardiovascular problems, clotting, inflammation and diabetes. Interestingly, women seem to be much more prone to those problems than men. Not clear why.

How much sleep should you be getting?

Kate: How much sleep should we actually be getting? I know you threw six hours out there, Mary.

Dr. James: Well, that was not a recommended number. That was talking about a study – actually more than one study – where they found that less than six hours a night increased the risk of depression significantly. The average recommended amount is about 7-9 hours but it really should be individualized.

Dr. Hayden: Every adult is different and it really depends on two factors:

On average an adult typically needs 7-8 hours of sleep. But again, for example, I’m on night float right now so I’m getting about 5-6 hours of sleep. And next week I’m probably going to need more like 9-10 hours to get myself back to my baseline.

It really is a debt that you are accumulating. Like Mary said, it can really have negative effects on your health. You can pay it off to an extent. But if you’re chronically getting less sleep than you need, it’s really hard to catch back up. For short periods of time you can really make up that sleep debt, but if you’re doing it over a long period of time it’s much harder. Dr. James: I just had one thing related to that. It’s been said that not sleeping well for six nights in a row is the equivalent of pulling an all-nighter. So you have to make up that sleep. You can’t not sleep well during the night and then sleep a solid eight hours on the weekend and think that that you’ve had enough. It’s a false sense of recovery and it catches up with you. You begin to show performance deficits as a result.

Dr. Schwartzbard: That’s true. It’s not only the amount of sleep but the way that you’re sleeping. We really want to try to have a regular routine. Trying to fall asleep at the same time and wake up at the same time is really equally as important.

You were talking about night float a few minutes ago, so I was reminded of a study that I was reading in preparation for today looking at medical residents and doctors in training. The study showed that medical residents who were sleep-deprived made about 35 percent more medical errors than those residents who had had a good night’s sleep. And many other studies have shown the incapacity that can develop from lack of sleep.

Are your electronics affecting your sleep?

Kate: One of the reasons I think that some people are missing out on sleep is by tuning in to electronics at night when we should be going to sleep. Or if we wake up in the middle of the night and just roll over and check Facebook.

How does the use of electronics really impact our ability to get a restful sleep? Is that a problem?

Dr. Schwartzbard: It’s a huge problem because anything that’s stimulating is going to make it difficult for someone to fall asleep.

Electronics are terrible in the bedroom. Really the bedroom should be mostly for sleep. If you can’t sleep, the best recommendations are you actually remove yourself from the bedroom if you’re going to perform a quiet activity. But not to do so within the bedroom.

There are even studies that have shown that if you wake up in the night and look at the clock just to check the time that can be stimulating and then get your mind thinking. Facebook and Instagram and Twitter and you know. We could go on and on with the social media. All of those are stimulating activities and they’re going to thwart a person’s ability to get a good night sleep. 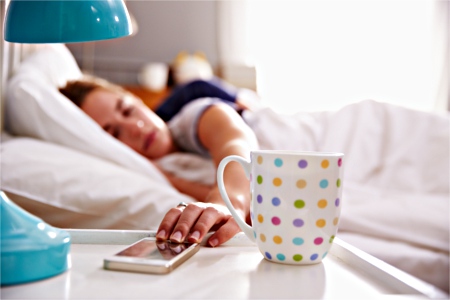 Yikes! 95 percent of us check electronic devices within an hour before bed

Dr. James: One survey suggested that 95 percent of us check our electronic devices within the hour before bedtime and it’s probably only growing. It’s way out of control. It’s thought to be the blue light from electronic devices with a 40 Lux short-wavelength radiation that is interfering with melatonin and our ability to sleep.

But all of them tend to omit this blue light. There are amber-tinted glasses you can wear that shut out the blue light. There are actually apps you can put on your devices if you’re determined to take that thing into bed or during the hour before you go to sleep [to reduce blue light]. There are apps that you can put in your computer and other devices that pay attention to your location and are able to adjust the light on your device so that it’s a softer light when the sun sets and a bright light during the day.

There’s even a company that sells different light fixtures for different parts of your house, like hallway lights or the bathroom lights, or places where you think you’re going to be late at night before bed that also shut out the bright light or the blue light. There are ways around it. But like Julie was saying, really the best thing is to not take your device into the bed with you. Get your work done beforehand and do something passive.

You know even if you read a book in bed at night – which is going to disrupt your sleep a whole lot less than electronic device – try one of those book lights that clips on to the book and comes with the type of light that shuts out other lights. That’s a way to kind of drift into sleep in a nice quiet way without the light interfering with your melatonin production.

What are some tips for better sleep?

Kate: I know Julie had mentioned going to bed at a regular time. And we’ve talked about the electronics. But what are some other things that women can be doing to help have a more restorative sleep?

Dr. Hayden: There’s a couple of ways that you can approach it. When I have a patient that comes in and tells me that she’s having a difficult time sleeping, I first ask the question “are you having trouble falling asleep or staying asleep?” Because that can mean a lot. That’s the pinpoint of where your first aspect of this issue is coming from.

And then we look at lifestyle. There’s caffeine and not only caffeine, but when are you drinking your caffeine. Because everybody has that lull at 3 p.m. And if you have that cup of coffee, it can keep you stimulated until well after you’re supposed to start winding down and go to sleep.

Another aspect is simply how are you taking care of yourself? Are you eating a lot of carbohydrates and sugars that tend to peak you and then go down? Or are you getting into eating good, balanced protein? 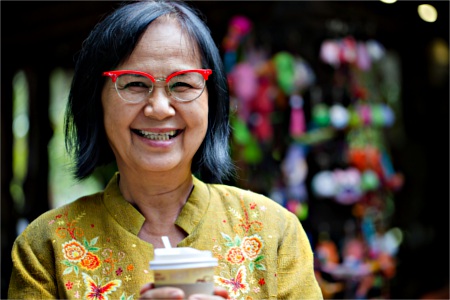 Then there’s exercise. Not only if you’re exercising every day but when you’re exercising. We’re busy people and getting exercise in everyday is really important. But the timing can really affect your ability to lie down and fall asleep. More and more people are going to the gym at 8-9-10 o’clock at night. While that’s great for your body, you’re waking yourself up, you’re getting your endorphins going and you simply can’t wind down after exercise.

The final thing is your environment. When you go to sleep, your bedroom should really be reserved for the two purposes of sleep and sex – and maybe reading if you’re able to do it the way Mary had described earlier. But you really don’t want a TV in there. You want it dark. You want a good temperature and comfortable sleep environment. If you’re someone who tends to check their phone at night, that’s going to keep you from falling asleep as well.

How stress keeps us awake at night

Dr. James: Stress comes to mind as being such a huge factor for people. I think that relaxation and good sleep at night go hand-in-hand. We can’t be wound up all day and then expect to just drift right off into sleep as soon as we get into bed. We just can’t shut it off because we haven’t primed our systems to be relaxed during the day so that we’re kind of already in that mode when we get into bed.

One thing a lot of people don’t realize is that cortisol, the stress hormone, is inversely related to melatonin. Melatonin needs to be high at night to help you sleep. Cortisol ideally needs to be at its lowest. And then the opposite in the morning. If those are switched, then the melatonin high in the morning makes us groggy and we can’t really get out of bed or bounce out of bed and start our day. If cortisol is high at night, we can’t really relax. So priming the nervous system to be relaxed during the day is a really important prelude to getting a good night’s sleep.

Also breathing. I think of diaphragmatic breathing. So instead of breathing with the chest going up and down, take that breath down into the abdomen. Make a point of breathing that way as much during the day as we can think; that makes it a lot more likely that we’ll also breathe that way at nighttime. And not get into hyperventilation and sleep apnea and in a light sleep that isn’t really refreshing.

Dr. Schwartzbard: We have patients who come in and they’re doing everything right. They’re getting the right amount of sleep. They’re following all the recommendations you’ve just heard and they’re still waking up feeling sleepy. They’re having daytime sleepiness and that’s really the time that you need to speak with your doctor because that really could be indicative of a problem with the quality of your sleep.

That needs to be investigated with testing and often there’s a simple diagnosis with simple treatments that come from that. But after a good night’s sleep you should wake up feeling well rested. And if you don’t then that’s really a sign to talk to your doctor.

The latest on fatigue & insomnia

See all articles on fatigue & insomnia
Tired of
stress and fatigue?

See our products for sleep

Get back to sleep naturally
Buy Now